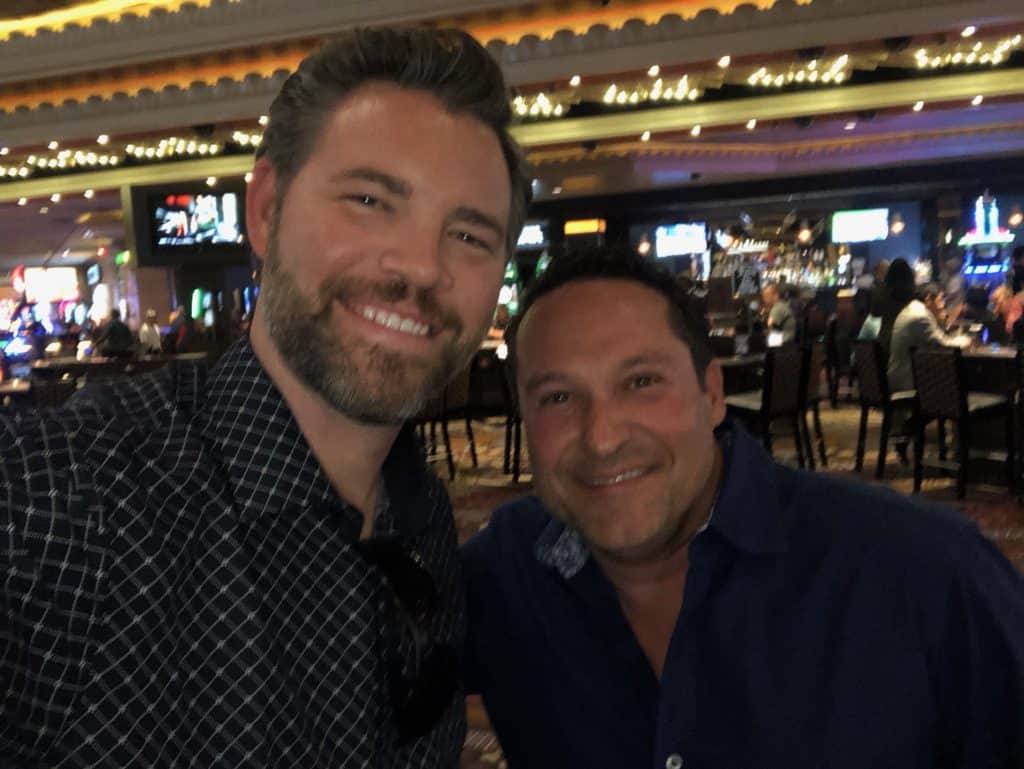 From Sunday to Wednesday this week, my friend Stephen Shapiro, CSP, CPAE Speaker Hall of Fame, and I locked ourselves in a hotel deep in the heart of Las Vegas and worked our brains to exhaustion helping each other improve our speeches.

You think your Mastermind is effective with 4 or 5 people you admire?  A monthly one hour call, maybe an annual get-together to chum and have fun?

Hey, I don’t fault you with that.  A Mastermind can be a beautiful and very helpful thing.

But let’s be honest – what really changes, what really gets done?  When there are that many people in the room we don’t dig into things like actual words, lines, stories, presentation style, and really chipping away at the critical parts of a performance.

No, we catch up, look at each other’s web sites, make a few critiques, maybe look at a logo or business idea, and the strongest personality or person who thinks they’re the smartest one in the room takes over the whole thing.

For years I have tried the traditional “Mastermind”.  I finally relented to being a part of one, after an “audition” process that was frankly quite odd, and then I messed up my time zones for the first call and was surprised at the treatment from my gaffe.

That was it.  I was the bad guy all of a sudden and couldn’t save face.

I gave them an easy out by letting them know I’m sorry and I’m not returning.

Great people, people I really like, but I’m out!

And so I have turned to the One-on-One Mastermind with people I admire more than anyone else.

There’s a time and a place for this type and style of accountability.

This time, it was with someone I deeply admire, could NEVER think like, is a completely 100% opposite creator, innovator, inventor, thinker, and speaker.  Ladies & Gentlemen, please welcome Stephen Shapiro!

He’s crazy successful, has career sustainability, and a killer speech – many of them – as well as having written more books than I’ve read.

And he has a degree in engineering…

Like I said – we are the opposite when it comes to brain styles.

He mentioned casually to me a few weeks ago that he was struggling with a story he’d taken to numerous coaches, as well as an opener, a closer, wanting to bring more emotion and feeling to the presentation.

I casually mentioned to him that I’m in the middle of a complete re-brand, but that I need better words, smarter pieces fit into my speech, for the corporate language, some systems and processes I can teach.

It was his idea – “Let’s meet in Vegas.  Just lock ourselves in a hotel, watch each other’s speeches, see what we can do.  I know you can help me, I know I can help you.”

With that, he flew across the country from Orlando, FL, as I drove from SLC, UT.

And even without being best friends, really not knowing much of each other, other than respect and admiration, we trusted one another with our precious gems, our speeches and ideas, and worked harder than either of us have in such a timeframe on someone else’s material, as well as our own.

We made an intentional stop each evening to eat and see shows that would expand our thinking – David Copperfield one night, Xavier Mortimer the other.  I recommend both shows for anyone wanting to learn, but for a real treat, you want to catch Xavier, he is unlike any show or performer living on this earth. 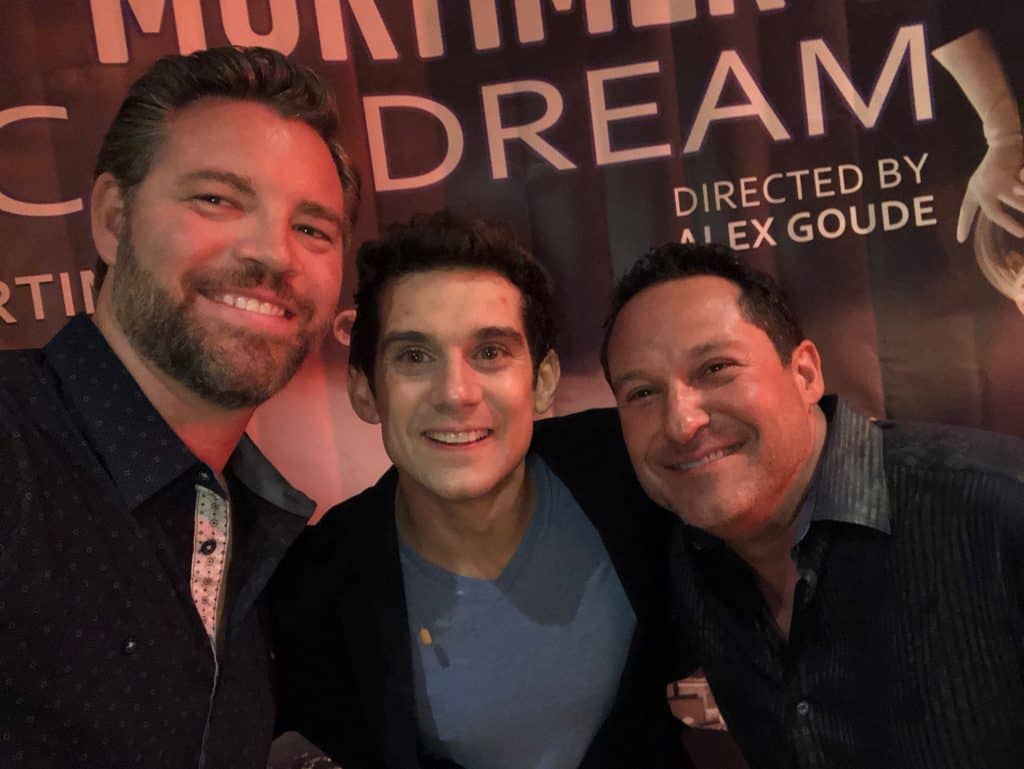 Selfie with Stephen Shapiro and entertainment phenom Xavier Mortimer of Sarlat, France. One of the greatest shows you’ll ever see 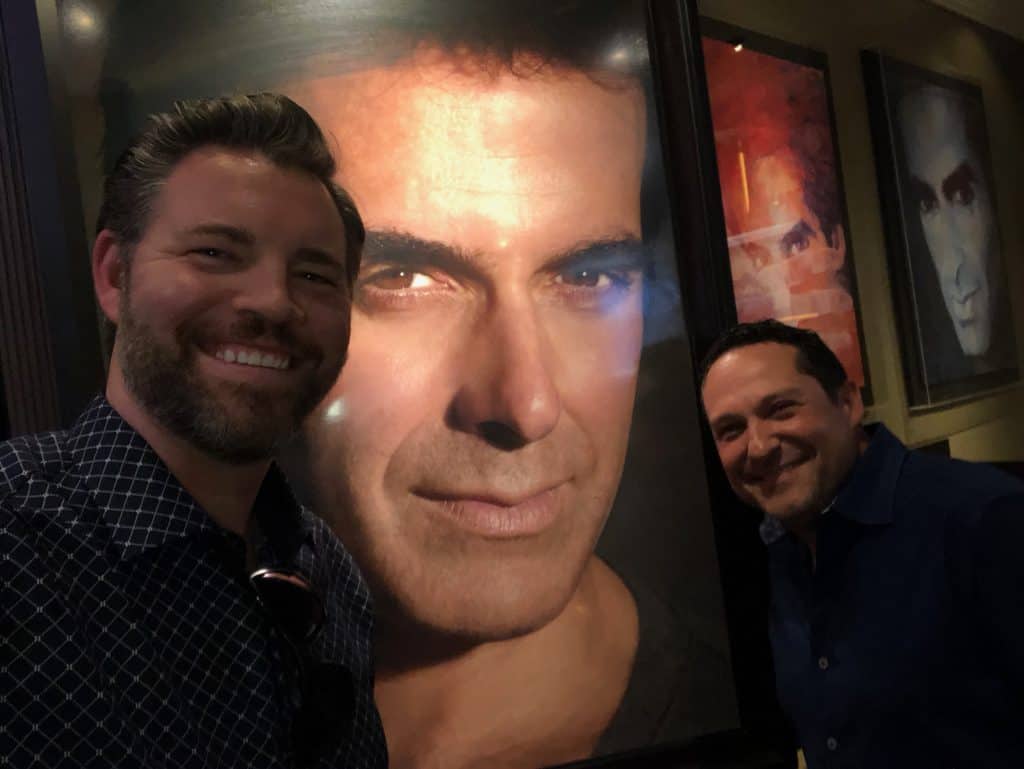 Selfie with David Copperfield…as Stephen quipped, “Copperfield’s head has gotten quite big since being named Magician of the Century”

From our collaboration and dedication to the craft, we came away having completed the funny parts and common thread Stephen’s new opener, it is unreal and hilarious.  Took two of his stories and will now be major powerful emotional pieces in a perfectly analytical and technological innovative speech.  It’s incredible what Stephen will unleash on his audiences.

We re-did my entire wording, creating, actually wrote out the process I have been teaching for years as a philosophy and is now a legitimate step by step brilliant system for that side of the brain I don’t have.  My web site will change.  My speeches will shift.  It all makes more sense now, and is something I can sell.

What I’m saying is find someone you trust, who you see as having a different way of thinking than you, whom you admire, and see what value you can bring to the table for one another.  Without distraction.  Without ego.  Without anything but the desire and want to serve.

It will change you game.

Stephen Shapiro just changed my game with his genius, and he claims I just helped change his (which to me seems insane I could help someone as brilliant as him, but to him it is legit).

Thank you Stephen, it was time I will cherish forever.

And the blue alien from Copperfield’s show will forever haunt my dreams. 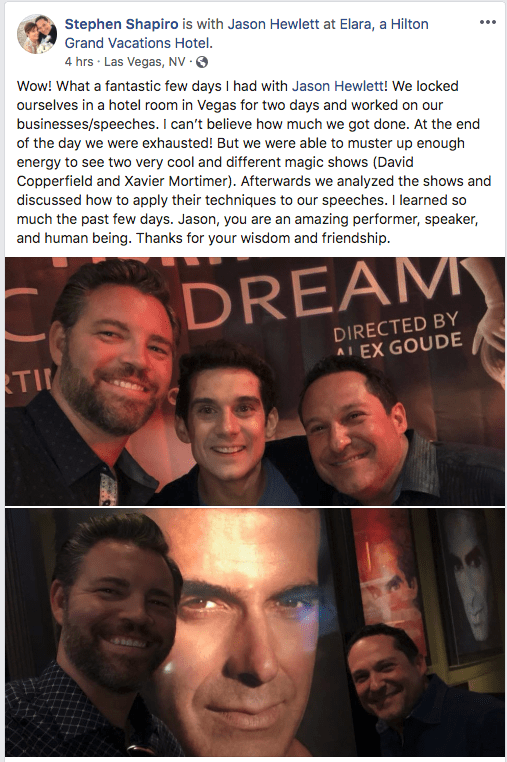 « An Ancient Secret Weapon
The Weight is Over »