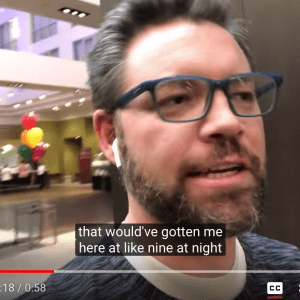 Promise of the Presenter: Always On Time

Training for Speakers, Entertainers, and Business Professionals ~    I’m here in Minnesota for an event tomorrow. I’m speaking to a group of financial planners. They’re all getting all set up if you can see over here. They’re all prepared and ready. I don’t speak until tomorrow morning. I could’ve taken a flight here that would’ve gotten me here at 9:00 at night or something, but when I get booked for an event, I get there as early as possible. I took the 8:00 a.m. flight here, which got me here ridiculously early, let’s be honest. But it makes
Read More 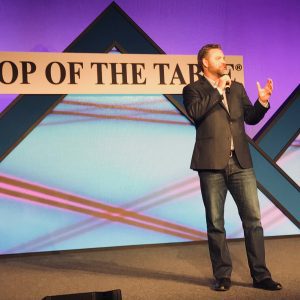 Can You Fill In Last Minute?

For Speakers, Entertainers, Trainers, Coaches, and Anyone Who Wants To Be Awesome’r ~      Serving as Emcee for MDRT’s Top of the Table event in Kauai, HI for the past week has been a true honor. To meet, and introduce, some of the best Speakers in the world brings out the fanboy in me. Rubbing shoulders with financial planners and insurance greats in the audience is also fun, they quickly become my real friends and like family, as it’s the world I grew up in with my Dad’s history and work.   After the 1st day as Emcee went
Read More 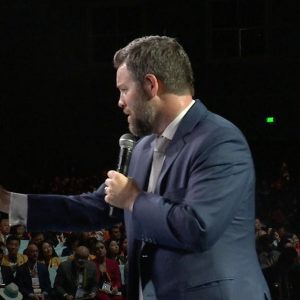 2nd Step is Greater Than The 1st

For Speakers, Entertainers, Trainers, and Those Who Long to Improve Their Stage Performance ~   In my trainings I speak about Philipe Petit, the French wire-walker acrobat, juggler, and artist, who bravely danced between NYC’s Twin Towers on August 7, 1974, just prior to their completion, a quarter mile above the ground, and was subsequently….arrested (I highly recommend both the documentary “Man on Wire”, as well as the Hollywood remake, “The Walk“). That day not only did Philippe become a legend, but he brought life to these towers that critics had called ugly and unfortunate, whereas Philippe saw
Read More 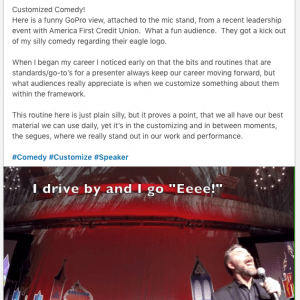 How Much Do You Customize?

For Speakers, Entertainers, Trainers, and Those Who Long to Improve Their Stage Performance ~   The other day I landed in Vermont for my first event ever in that State. I looked around as the rain poured down, and I had to laugh, as my wife was so excited to see my photos of the leaves turning colors and I was there at the perfect time of year. Everywhere I looked was absolutely stunning…and absolutely green. Not a dead, nor dying, autumn leaf in the entire State.  In fact, I drove up and down the interstate for over 2 hours
Read More 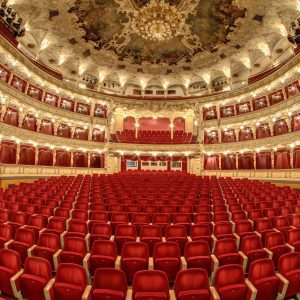 What Could Have Been

Philosophy For Speakers, Entertainers & Performers ~   Tomorrow night my longtime friend, and extremely successful performer, will sell out a venue in SLC, UT, where I dreamt of performing with my name on the marquee when my career began almost 20 years ago. I won’t be there, although I support his career fully and always have, always will.  In fact, I haven’t missed one of his annual appearances in town in over a decade. I will instead be with my family on a date we blocked off on the calendar many months ago, to be together during one of
Read More 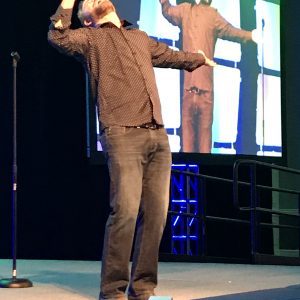 Training & Philosophy For Speakers, Entertainers, Performers, and Imperfect Perfectionists ~    This morning I will walk on stage and do a Keynote I have now only done once before, and that was yesterday. 70% BRAND NEW MATERIAL.  What am I thinking?  This is a full fee event! How often we change things up on ourselves is determined by our willingness to fail, which in turn allows us to succeed at levels yet attained. When we find a formula for speaking, performing, entertaining, we tend to stick with it. Question is: How long should you?  In the past year
Read More 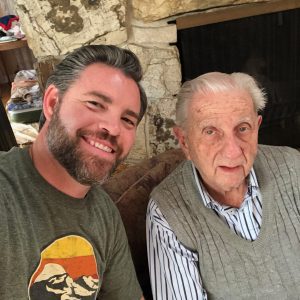 Ode to THE MENTOR

For Speakers, Trainers, Entertainers and Dreamers ~   Who is your Mentor?   In the year 2000 I was introduced to the man that would forever change my life. He was old, had silver hair, told corny vaudevillian jokes, was retired from BYU, had decades of experience in showbiz, and spent hours on end helping me, a wannabe performer, understand how to navigate the waters of a career that would eventually come to be. He knew I could do this business before anyone else, and he knew how to get me started. He is as important as anyone in my
Read More 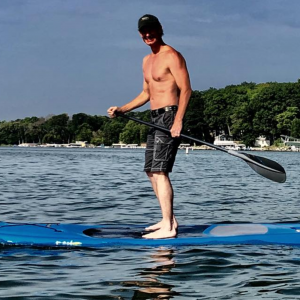 The Weight is Over

For Speakers, Trainers, Entertainers and Anyone Looking to Improve Their On Stage Business ~    I saw a provocative post the other day from my friend & Hall of Fame Speaker, Mike Rayburn. He was asked by a room full of speakers how to get more bookings.  His answer was very challenging and potentially eye-opening to the listeners.  He simply said, “Want more bookings?  Look the part.  Get in shape.  On stage you represent some form of health.  Therefore you need look healthy.” (note the shredded Mike on paddleboard in the photo above – the dude lives what he preaches!)
Read More 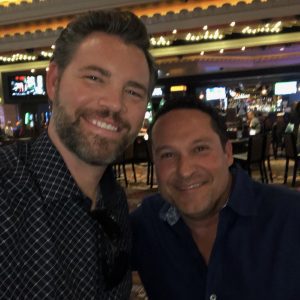 Training for Speakers, Entertainers & Entrepreneurs ~   From Sunday to Wednesday this week, my friend Stephen Shapiro, CSP, CPAE Speaker Hall of Fame, and I locked ourselves in a hotel deep in the heart of Las Vegas and worked our brains to exhaustion helping each other improve our speeches. You think your Mastermind is effective with 4 or 5 people you admire?  A monthly one hour call, maybe an annual get-together to chum and have fun? Hey, I don’t fault you with that.  A Mastermind can be a beautiful and very helpful thing. But let’s be honest –
Read More 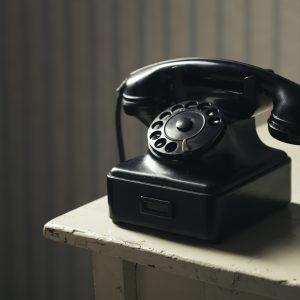 Training for Speakers, Entertainers, Entrepreneurs, and anyone who flies pretty much Solo ~    Mark LeBlanc, Coach of the Stars of Speaking, has no web site, no demo video, he has but one tool and one tool only to be booked more than he can even keep up with…   Many moons ago people had to communicate using 3 senses instead of one or two. Yes my young grasshopper, had you grown up in the ancient times of the 80’s and 90’s, you too would have had to use this device with no other option for communicating worlds apart immediately.
Read More